Driven by technological innovations, the so-called fourth industrial revolution of the past decade is changing the workplace. Thanks to digital technologies, jobs are becoming more flexible, with self-employment on the rise. New technologies are being adopted at an exponential pace, much faster than in previous waves of innovation, with technologies like artificial intelligence able to perform complex tasks.

Machines currently handle a third of all work tasks worldwide but that could increase to half by 2025, according to a World Economic Forum report, published in October.

‘Over the past decades, we thought that only routine tasks could be automated,’ said Dr Melline Somers, a postdoctoral researcher at the Research Centre for Education and the Labour Market at Maastricht University in the Netherlands. ‘I think the technological innovations that are taking place now will definitely be able to replace human beings in different types of tasks.’

Automation is often seen as a threat, but researchers are finding that is not necessarily the case.

Dr Somers and her colleagues surveyed business owners and human resource managers in eight European countries, to assess the risks caused by automation for different job roles, as part of the TECHNEQUALITY project. They found that new technologies typically complemented a worker’s skills rather than replacing them completely.

Health professionals, for example, now have access to more data about their patients which can help them make better decisions about treatments. ‘There will be a shift in the type of tasks that people perform but people will remain important,’ said Dr Somers. 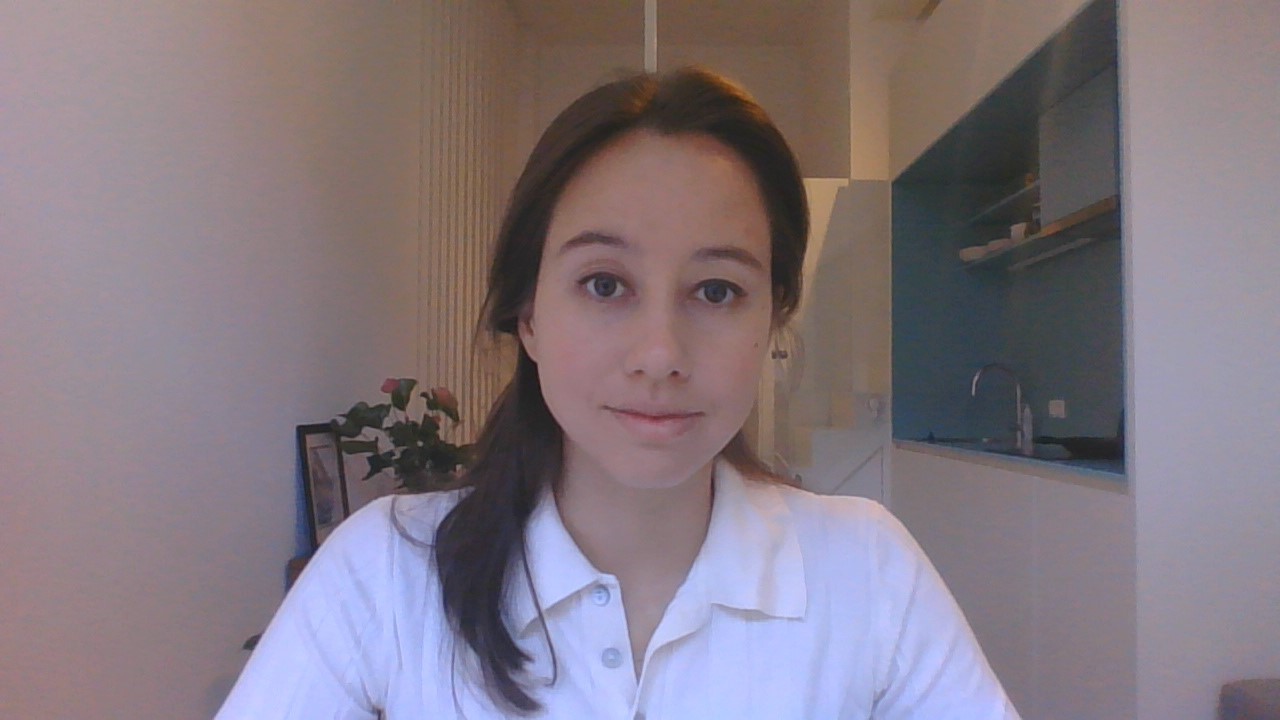 For Judith Dada, a general partner at La Famiglia VC, a seed stage venture capital fund that invests in business-to-business technology start-ups in areas such as logistics and finance, based in Berlin, Germany, automation is driving the humanisation of work. She thinks using technology to perform repetitive tasks empowers humans by allowing them to focus on what is meaningful and creative work. ‘That’s becoming front and centre,’ she said.

Dada says that a company they invested in, called Back, illustrates this trend. It created a platform for employees working in human resources that automates routine tasks.

Another big change is that work is becoming much more flexible.

As remote working becomes more prevalent, companies can now hire employees from anywhere in the world. Dada thinks this is good news for ‘brain drain’ since it will allow people to stay in their home towns and countries. She thinks that self-employment will also become more widespread in the future, where not being tied to a single employer or work location can allow workers to thrive by being more in charge of their schedules and deliverables.

‘For a lot of folks in the younger generations, this is already a lived reality,’ said Dada. ‘They just work from co-working spaces anywhere in the world.’

Current economic systems are being transformed by innovation as well. Instead of traditional, profit-driven business models, some companies are building in more long-term goals such as investing in sustainability or renewable energy.

Many businesses are aiming to be part of the circular economy, which is based on sharing, leasing, reusing and recycling products and materials to extend their lifetime for as long as possible and reduce waste. There are environmental benefits, where the production, consumption and disposal of materials and infrastructure is thought to contribute to up to two thirds of greenhouse gas emissions globally.

This is also driving new business models. Rumy Narayan, a researcher at the University of Vaasa in Finland, thinks that companies will increasingly provide access to products instead of selling them. In Finland, for example, companies have started renting clothes so that consumers can access good quality items, moving away from our throwaway culture where items are bought then discarded after a short time. This also drives other small, local business ventures as the clothes will need to be cleaned and repaired, for example, she says.

Narayan thinks that the move away from industrial-style big companies is humanising work. It is becoming more knowledge-led, where people do a job because they are following their passion rather than doing repetitive tasks in return for a paycheck. 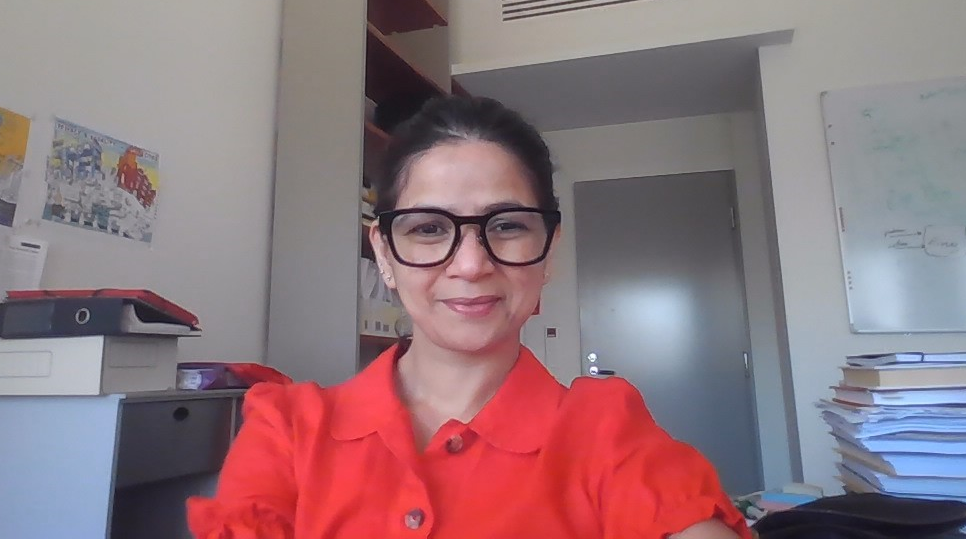 Technological change, however, is having a greater impact on people with certain types of skills compared to others. Highly-skilled work, such as professional and managerial jobs, and low-skilled work, such as cleaning jobs, have experienced employment growth in the past 10 years in Europe. However, there has been a decline in occupations in the middle of the skill and wage distribution, for example, those involving accounting and administrative work, due to routine tasks being automated.

Dr Somers says that as a result, these workers often must switch occupations, seeking out lower paid work as cleaners or in service jobs at hotels, bars and restaurants, industries that have largely been unaffected by technological change so far.

Acquiring new skills will therefore become increasingly important to allow workers to access more opportunities. The question of whether governments, companies or workers themselves should be responsible for reskilling needs to be worked out. In the Netherlands, the government is looking at introducing a new personal development allowance that will cover the cost of training for job seekers who want to update their skills. However, responsibility for reskilling may also come down to who reaps the benefits. For example, a company requiring training specific to a firm would invest in that training.

More broadly, to ensure that future workers thrive, unequal access to work and business opportunities, due to socio-economic background, ethnicity and gender, must be addressed, according to Dada.

In the start-up space, she says that the vast majority of founders shaping businesses are still white males from higher income backgrounds. In Germany, for example, about 20% of founders have a migrant background, yet when it comes to start-up funding, first-generation migrant founders received an average of €1.1 million, less than half of the €2.6 million average.

Only 15.7% of start-ups have a female founder, where women tend to be dominant in a few sectors such as health and education. At the same time, women-led start-up teams are less likely to receive large amounts of funding, where about 5% have received €1 million or more compared to almost 28% for new male-founded businesses. ‘Unfortunately, it’s not an equitable space right now,’ said Dada.

More research is needed to figure out why migrant founders are at a disadvantage, says Dada. Bias could play a part, along with lack of access to the same networks of people or administrative hurdles. 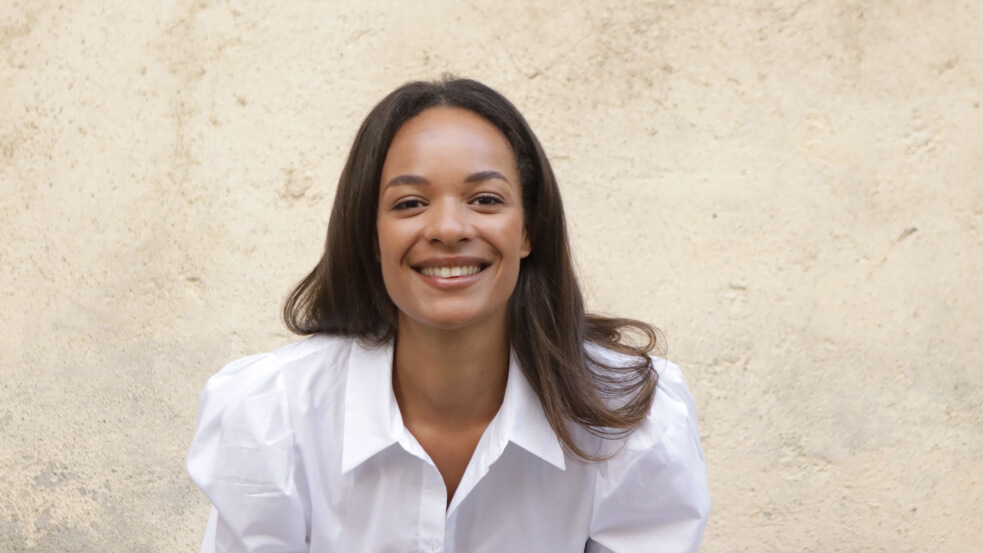 In terms of women accessing equal opportunities, she says that there are initiatives to encourage venture capital funds to talk to more women founders. And special programmes have been created to help women access the right networks of people, which is a problem that has been identified. But ultimately, she thinks that women still face a lot of bias when it comes to the types of careers they should pursue. ‘It all ties back to what’s our image of women in the 21st century and what can we all do to help change that,’ said Dada.

When it comes to jobs, more equitable models should also involve older workers and people with child rearing responsibilities, according to Dada. Future models could include job sharing between generations to retain workers with different needs. The percentage of people over 65 years old is set to increase in all European countries and many want to continue working in some capacity. At the same time, although the gender gap in the workforce has been narrowing, the participation of women is still about 25% lower than for men globally. Women still are largely responsible for child rearing, which can impact their willingness to work full time.

Dada thinks that job sharing between these two groups could be the way forward. A young mother returning from maternity leave, for example, could share a role with an experienced manager in her 70s wanting to reduce her work hours. ‘There are all these opportunities in terms of accessibility for different groups,’ she said.

‘There will be a shift in the type of tasks that people perform but people will remain important.’

Ultimately, as more employees move away from full-time permanent contracts, better social protection may be needed.

Dada thinks that visa systems for foreign workers are often outdated, for example. In Germany, only certain occupations qualify for a freelance visa where a visa is typically tied to a specific employer.

If that employer does not offer a competitive work environment, then it’s quite difficult for the worker to be able to take up another job, says Dada. ‘All of these processes are just not set up for the world that we’re running into, which is very flexible.’

Over time, Dada expects that self-employment will become more institutionalised while traditional employment will become less rigid, where both systems will adapt to one another. She thinks that companies will start offering flexible benefits as pension and health schemes to freelance workers as the fight for talent becomes more competitive.

Universal basic income systems, where governments give every citizen a regular stipend to cover their basic needs, could help with social protection too. Experiments with this form of social welfare have shown that it can boost happiness and trust in social institutions.

Dr Somers and her colleagues are currently working on a review that brings together evidence from a range of basic income experiments to try to assess how the scheme affects the behaviour of workers. People who oppose basic income systems are afraid that most people will stop working if they receive a stipend. ‘If labour supply decreases, then it becomes really hard to finance such a system,’ said Dr Somers.

Narayan is in favour of universal basic income and thinks that only a minority of people will give up working. ‘It will allow people do what they really want to do and then we will see how creativity triumphs,’ she said.

However, Dr Somers thinks that new types of social protection will particularly be needed if technological change creates unemployment. At the moment, it’s hard to predict whether this new wave of innovation will destroy more jobs than it creates in the foreseeable future, she says.

This story is part of a series in which we hear from the next generation of scientists and researchers who are working to tackle global challenges.

A panel session discussing the future of work, where Judith Dada is a panellist, will take place on 24 June as part of the European Commission’s Research and Innovation Days conference. If you liked this article, please consider sharing it on social media.